Yesterday David took the day off  so we could take the boys to Denton Water Works which is in Denton, Texas. David, Charlie and I headed out about 9:30 as it can take a hour or longer to get there. As we are in Haltom City a suburb of Haltom City, Texas.  I wanted to be there when Denton Water Works opened although that wasn’t Gods plans for us. 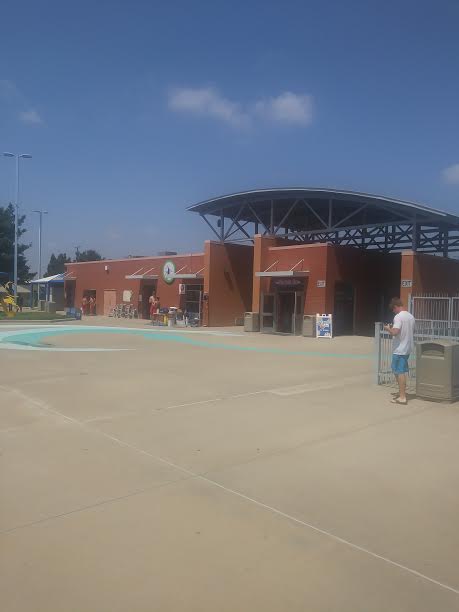 We  arrived at Denton Water Works around  11:15  I figured we would be in a mile long line and although that wasn’t the case. We was able to get up to the ticket booth in just a couple minutes let them know who we was and walk on in.

I was so happy we were  given a Cabana to use and was allowed to pick out any of them as we was the only one using the Cabana yesterday. Which I was so excited about as it can get so hot sitting on the grass.

David brought the cooler in and we got everything situated inside the Cabana. The Charlie asked if we could go inside as he wanted to play in that pool and try out the slides. So we walked over to the building and went  inside and walked around which we did.

As we walked to the door to go in to Nat were signs that said Private Swimming Lessons were going on. Which meant Nat and the  inside swimming area was closed  and wouldn’t  be opening up until noon and would remain open until 2.

Charlie, David and I  went back outside and walked around the Lazy River which is one of my favorite parts of Denton Water Park.

We walked up to the Lazy River I noticed they were building a wave pool which I was excited about as will be opening in July when David is on Vacation. I let David know I would like to come back out and try the wave pool as I knew the boys would enjoy it just as much as I would.

Once we was done in the Lazy River the Nat was open  so Charlie and I went in went inside and got into the pool and played Basketball. Charlie was also able to make  a couple friends inside the pool which he was was able to play with.

Then Charlie  saw the Diving Boards which  he had forgotten was inside the Nat  so Charlie went and dove off them for a while. I didn’t think we would ever get Charlie away from the diving boards. Although once the slide inside opened up he left the diving boards to try it out.

Then David stayed inside while Charlie dove and played on the slide as I had to go back outside to wait on Aiden who had to come later. When we picked up our tickets I had let them no, one of our guests was coming later. So they took Aidens name down so once he arrived he would be able to come in and find us.

Although I went back out to meet Aiden as it was easier and even though he is 9 he gets scared so I wanted to make sure he knew where we was.

I liked knowing with our wrist band we could go in and out as it allowed us to meet Aiden without any problems. As well as for David to go out and get some snacks for the boys when they were hungry.

As for our wallets and phone I was able to keep them in the locker I received and I didn’t have to worry about losing my glasses or Fitbit. I also liked how big the locker was as it would have held our clothes we brought.

Once Aiden arrived he even decided to jump off the Diving Board inside the Nat which  was Aidens first time ever to dive off a diving board as he can’t swim. So to our family and Aiden’s mother Tammy this was a huge success. Then the both boys decided to try out all the slides and Aiden was afraid they might be too deep. But he went ahead and tried them and didn’t have any problems at all.

To be sure Aiden would be okay David went down one time on the slides  with them and I sat out and watched. As I don’t do heights very well especially when it is hot and my Blood Pressure is bothering me. So  I was perfectly happy sitting on the side of the pool soaking my feet in the water.

David and I ended up getting tired before the boys did as we had been there from 11:15 till 2:45 so we went back to the Cabana and I sat down on the recliner and cat napped while David sat and waited for the boys. As we let them wander around on there own and play on the slides and also in the lazy river. As I felt perfectly comfortable allowing them to wander around by themselves as Denton Water Works Parks  is perfectly safe for children to be dropped off by themselves and picked up later. Unlike some other water parks we have been to in the past.

Denton Water Works Parks  isn’t to big that I couldn’t  find the boys anytime I wanted to check on them. Plus all the water wasn’t so deep that I would need to worry about either of them. I just told them both  had to stay outside and play.

Once they was tired around 4 we packed up to head home although  if we had wanted to we could have left and eaten and come back for them to play till close. Although David had to get up early for work so we came back home.

Though you don’t have to leave to eat as Denton Water Works Parks does  have concessions inside the park but the boys wouldn’t have eaten and been more worried about playing. So I looked at the menu so the next time we come out I found lots of things they would eat. So as a special treat I will let them order food and see how well they do. As for this time it was time for  us to leave. . Although I did tell David the next time we go I will  get us some Ice Cream from Dippen Dots. 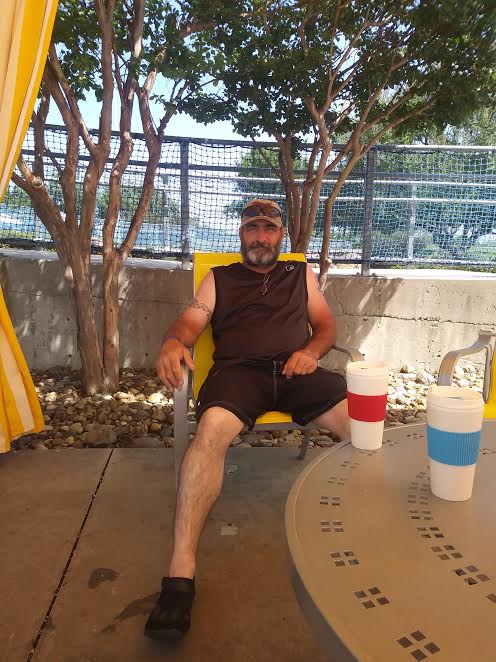 Both Charlie and David are asking when they can go back to Denton Water Works Park as  both of them have said time and time again that this is there very favorite water park ever. Which I have to agree with them as it is mine as well.

When I was looking around the website for Denton Water Works Parks  the other day  I was looked at the prices to get into the park and they are so reasonable that if it was a tad bit closer it would be the only water park I would take Charlie to.  I would have purchased Season Park Passes for us and also Aiden and a couple other of Charlies friends.

I think I will check with the Nat and see if they host parties as they would still be able to swim. Although I would have to have a van to take the children to Denton as there parents might think it would e a little bit far for them to come to.

This  is the perfect way to get away for the day. In fact I might even look for a Hotel one time and we spend the weekend in Denton just so we can wander around the town as it  would be a brand new town for us to check out. As Stacations can be a lot of fun and something we don’t do enough of. 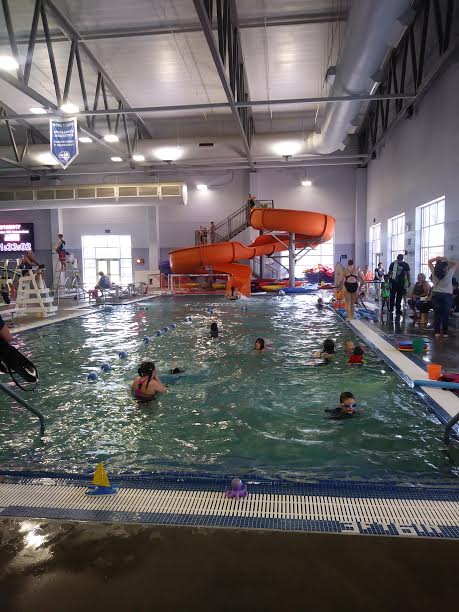 I was excited to find out is Denton Water Works offers monthly passes  if we didn’t think we would be able to visit Denton Water Works all Summer we could just purchase a monthly pass. If Aiden or one of  Charlies other friends wanted to go with us and we was going very much that month we could get them a monthly pass that way if the children weren’t around all Summer we wouldn’t waste money on the water park passes we purchased. Having the Season Passes or Monthly Passes  would allow us to save money.

I was given 4 passes to Denton Water Works Parks in exchange for this review. Although the thoughts in the review are all mine and my families.

Leave a Comment
submit a review Join our blog team